THE WORLDS MOST POWERFUL WOMAN 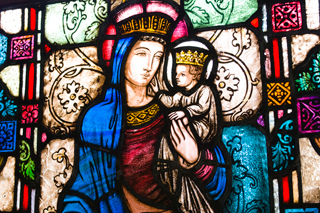 For the second time in five months, the cover story for the iconic National Geographic magazine highlights a foundational aspect of the Catholic faith. In August, for the first time ever, a pope graced the cover of the magazine. In September, I wrote “The story behind National Geographic’s Pope Francis story.”

This month’s cover story is on Mary, the mother of Jesus, titled, “How the Virgin Mary Became the World’s Most Powerful Woman: Mary barely speaks in the New Testament, but her image and legacy are found and celebrated around the world.”