HUMAN TRAFFICKING – CLOSER THAN YOU MAY THINK 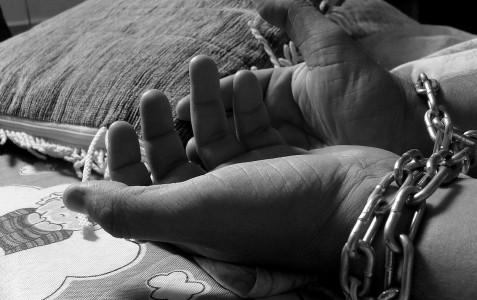 The Sisters of Bon Secours work compassionately and tirelessly in ministries of social justice, including human trafficking.  You can read more here: https://lifeasasister.org/topics/social-justice/

Right now, while you’re reading this, someone is being enslaved.

Right now, someone is working against their will with no hope of escape.

Right now, people are being moved across borders so they can be used as slaves.

Not 200 years ago. Not far away. Not some other race or ethnicity.

Right now, nearly 46 million people are living in slavery. They are all around the world — including in the United States. Slaves may have picked or processed the fruit you eat. Slaves might have caught, peeled or cleaned the shrimp on your plate. The girl on the bus with the haunted eyes may be a sex slave, forced into prostitution.

Today, it’s called human trafficking, and while there may not always be telltale chains and lashes, it is no less slavery, and it is no less real.