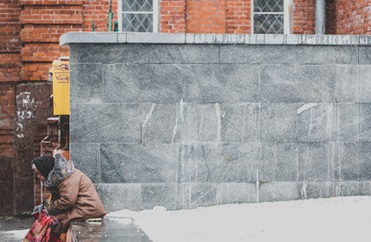 WASHINGTON — When Pope Francis approaches the Catholic Charities building in downtown Washington during his U.S. visit in September, he will encounter a “homeless person” covered in a blanket laying on a park bench.

The scene actually is a sculpture. And it’s not a work of art depicting any homeless person; it’s the bronze image of “Homeless Jesus.”

“I hope Pope Francis blesses our ‘Homeless Jesus’ when he’s here,” said Roland Woody, a Washington resident who was homeless until earlier this year. “It’s kind of a symbol of hope for the homeless in D.C. If the pope blesses it, it will be even more special.”