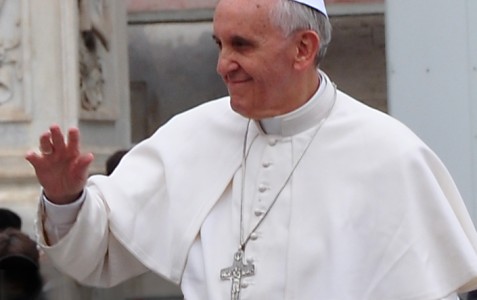 Pope Francis told Italian schoolchildren that he grew up in Buenos Aires, Argentina, “the most beautiful city in the world,” and that besides playing soccer, he loved to fly kites as a child.

“We would make them with cane and paper, light paper. We made them ourselves,” the pope told about 500 children from schools in the poorer neighborhoods of Rome and of Milan. In the kite championship, he added, there were prizes for “the prettiest one and for the one that went highest.”

With the children seated around him in the atrium of the Vatican audience hall, Francis answered their questions about his childhood, his school, his vocation and the standard question children ask him, “How did you feel when you were chosen pope?”