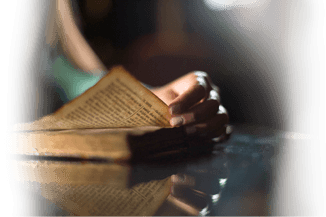 O God, be gracious and bless us
and let your face shed its light upon us.
So will your ways be known upon earth
and all nations learn your saving help.

The earth has yielded its fruit,
for God, our God, has blessed us.
May God still give us his blessing
till the ends of the earth revere him.

Love divine, all loves excelling,
Joy of heav’n, to earth come down,
And impart to us, here dwelling,
Grace and mercy all around.
Jesus, source of all compassion,
Pure, unbounded love you share;
Grant us many choicest blessing,
Keep us in your loving care.

Come, oh source of inspiration,
Pure and spotless let us be:
Let us see your true salvation,
Perfect in accord with thee.
Praising Father for all glory
With the Spirit and the Son;
Everlasting thanks we give thee,
Undivided, love, in one.

Life as a Sister: Becoming a Sister

The Pharisees came forward and began to argue with him, seeking from him a sign from heaven to test him. He sighed from the depth of his spirit and said, “Why does this generation seek a sign? Amen, I say to you, no sign will be given to this generation.” Then he left them, got into the boat again, and went off to the other shore.

Life as a Sister: Becoming a Sister

If I were to meet the slave-traders who kidnapped me and even those who tortured me, I would kneel and kiss their hands, for if that did not happen, I would not be a Christian and Religious today… The Lord has loved me so much: we must love everyone… we must be compassionate!

When I see your heavens, the work of your fingers, the moon and stars that you set in place-
What is man that you are mindful of him, and a son of man that you care for him?
Yet you have made him little less than a god, crowned him with glory and honor.
You have given him rule over the works of your hands, put all things at his feet;
All sheep and oxen, even the beasts of the field,
The birds of the air, the fish of the sea, and whatever swims the paths of the seas.
O Lord, our Lord, how awesome is your name through all the earth!

Life as a Sister: Healthcare

Bless the Lord, my soul!
Lord, my God, you are great indeed!
You are clothed with majesty and splendor,
robed in light as with a cloak.
You spread out the heavens like a tent;

You fixed the earth on its foundation,
so it can never be shaken.
The deeps covered it like a garment;
above the mountains stood the waters.

You made springs flow in wadies
that wind among the mountains.
Beside them the birds of heaven nest:
among the branches they sing.

How varied are your works, Lord!
In wisdom you have made them all;
the earth is full of your creatures.

May sinners vanish from the earth,
and the wicked be no more.
Bless the Lord, my soul! Hallelujah!

Life as a Sister: Education

Let mutual love continue. Do not neglect hospitality, for through it some have unknowingly entertained angels. Be mindful of prisoners as if sharing their imprisonment, and of the ill-treated as of yourselves, for you also are in the body. Let marriage be honored among all and the marriage bed be kept undefiled, for God will judge the immoral and adulterers. Let your life be free from love of money but be content with what you have, for he has said, “I will never forsake you or abandon you.” Thus we may say with confidence:

“The Lord is my helper, [and] I will not be afraid. What can anyone do to me?”

Remember your leaders who spoke the word of God to you. Consider the outcome of their way of life and imitate their faith. Jesus Christ is the same yesterday, today, and forever.

Life as a Sister: Using Your Gifts

Now there was a man in Jerusalem whose name was Simeon. This man was righteous and devout, awaiting the consolation of Israel, and the holy Spirit was upon him. It had been revealed to him by the holy Spirit that he should not see death before he had seen the Messiah of the Lord. He came in the Spirit into the temple; and when the parents brought in the child Jesus to perform the custom of the law in regard to him, he took him into his arms and blessed God, saying:

“Now Master, you may let your servant go in peace, according to your word, for my eyes have seen your salvation, which you prepared in sight of all the peoples, a light for revelation to the Gentiles, and glory for your people Israel.”

The child’s father and mother were amazed at what was said about him; and Simeon blessed them and said to Mary his mother, “Behold, this child is destined for the fall and rise of many in Israel, and to be a sign that will be contradicted (and you yourself a sword will pierce) so that the thoughts of many hearts may be revealed.” There was also a prophetess, Anna, the daughter of Phanuel, of the tribe of Asher. She was advanced in years, having lived seven years with her husband after her marriage, and then as a widow until she was eighty-four. She never left the temple, but worshiped night and day with fasting and prayer. And coming forward at that very time, she gave thanks to God and spoke about the child to all who were awaiting the redemption of Jerusalem.

The child grew and became strong, filled with wisdom; and the favor of God was upon him.

But the Lord’s mercy is from age to age,
toward those who fear him.
His salvation is for the children’s children
of those who keep his covenant,
and remember to carry out his precepts.

Life as a Sister: Spirituality

Brothers and sisters: Since we are surrounded by so great a cloud of witnesses, let us rid ourselves of every burden and sin that clings to us and persevere in running the race that lies before us while keeping our eyes fixed on Jesus, the leader and perfecter of faith. For the sake of the joy that lay before him Jesus endured the cross, despising its shame, and has taken his seat at the right of the throne of God. Consider how he endured such opposition from sinners, in order that you may not grow weary and lose heart. In your struggle against sin you have not yet resisted to the point of shedding blood.